Douglas A. Schukar is the Chairman and CEO of DAS Acquisition Company, LLC aka USA Mortgage. A veteran of the mortgage industry since 1989, Schukar started his career with Residential Financial Services, Inc. as a Mortgage Loan Originator (LO). After becoming the top LO there by 1991, Schukar followed the sale of the organization to its buyer, United Postal Savings and Loan (UPS) in 1993. UPS then sold to Mercantile Bank in 1994, who then sold the umbrella of companies to Firstar Bank in 1999.

Schukar maintained his goal of being the #1 Mortgage Loan Originator in St. Louis during each of those acquisitions and held that title for 7 years of the 1990s. Upon the acquisition by Firstar Bank, Schukar realized his career would journey to a national, entrepreneurial firm named LoanSurfer.com, who was headquartered in his hometown of St. Louis and did business in that metropolitan area as USA Mortgage. Schukar started there on February 14, 2000 as their VP of Sales for the St. Louis market.

LoanSurfer.com would go defunct by August 2000 in conjunction with the NASDAQ bubble bursting during the same time period. While that door may have closed quickly, a window opened for Schukar, who was soon faced with an opportunity to buy select, remaining assets of the defunct LoanSurfer.com.

On April 13, 2001, Schukar had opened USA Mortgage under his new corporate name, DAS Acquisition Company, LLC. The Company’s growth is unparalleled and saw USA Mortgage catapult from a start-up to the largest Lender in the St. Louis metropolitan area by 2008 and the state of Missouri by 2014.

On December 31, 2017, Schukar converted his stock into a 100% employee-owned ESOP. The growth and headcount have continued at record pace as so many have realized the benefit of employee ownership. Closing $1.75 Billion in 2018, the Company saw volume exceed $2.4 Billion in 2019 and eclipsed $4.8 Billion in the COVID year of 2020.

A graduate of Vanderbilt University and the father of 2 children, Schukar is happily married and resides in St. Louis County. He maintains his loan officer license to keep his finger on the proverbial pulse of the Company’s business processes. When not talking mortgages, Schukar enjoys his passion of scuba diving into any warm water his family’s vacations might venture. 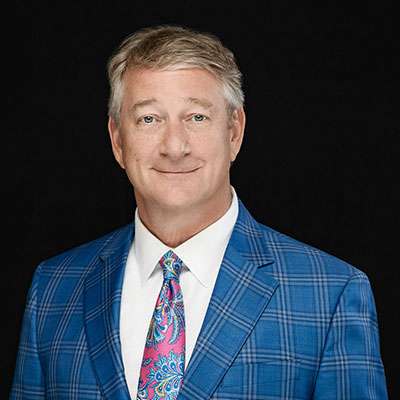